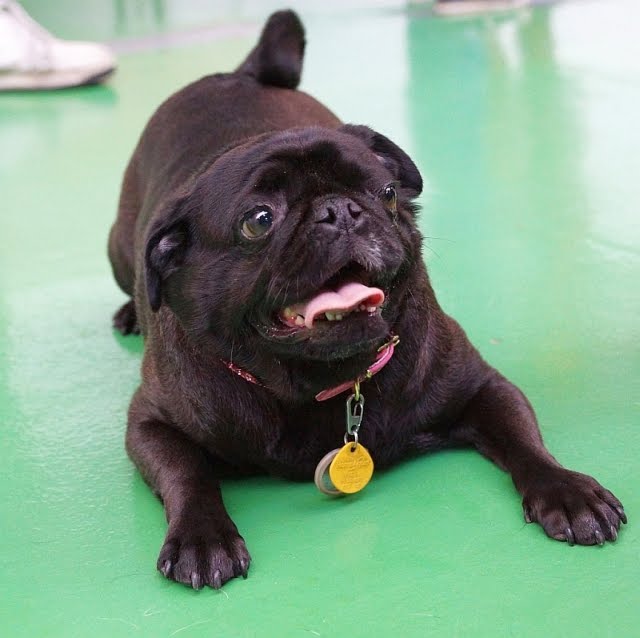 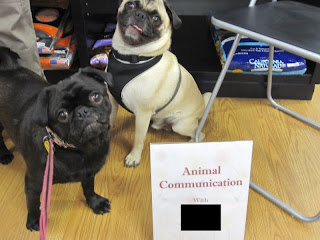 So mom had been hinting that there was going to be a big surprise for me and Spencer today. I woke up extra early (5:57am!) just as excited as can be....I love surprises and if they include Spencer, so much the better!! We arrive at Spencer's house, where some serious playing occurred. Then it was off in the car for a new Pug Sunday!! Yep, mom found a pug Sunday in Dublin, and our moms love meeting "pug people". So imagine our surprise when we arrive and THERE ARE NO PUGS!!! Nope just some bully of a dog, who was pushing me and Spencer around...he was such an a*%#@!* (censored by mom!) He totally tried to hurt me...ME! Can you believe it? Poor Spencer was upset and beside himself because he tried to take him down. So we quickly left that park (I flipped him the paw on the way out), and headed to our favorite park in the world Hap McGee Ranch ( I will blog about it at a later time).

Spencer and I met up with our friends, and frolicked for a long time. I always know Spencer feels better when he does his cool pug run, he zips around the park so fast! After a hour or so of play, our moms said they had another surprise for us? Instantly Spencer and I thought food, but nope, it was an appointment with an "Animal Communicator". She was suppose to talk to us and help better our relationship with our humans. Well, either I had a busy signal, or Spencer wasn't feeling too chatty, but the whole experience left our moms shaking their head. Nothing was right, but at least the money went to a local animal rescue group.

I did have fun today with Spencer, and I did orb my way out of an extra treat at the dog store (where the "animal communicator" was), however she didn't tell me anything I didn't already know. That I love me some Spencer and he loves me back!
Posted by Crabbie Chris at Sunday, July 11, 2010 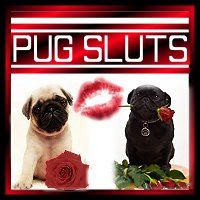